Dogs and cats represent the vast majority of the pets in the United States. While they are two very different species, there’s actually a lot of similarities when it comes to training these animals to behave appropriately within a human family.

There are just a handful of issues that make up nearly all of the problems that people have with their pet dogs and cats. This means that these problems are very predictable, and fortunately, they’re also very preventable. And that’s probably the biggest similarity of all. When it comes to behavior problems, whether the pet is a cat or a dog, the easiest, most effective and most efficient approach is prevention. The key is to do as much training as possible, as early as possible.

We know what the problems are going to be, we know how to prevent them, and if we prevent the problems, they never form into bad habits. Once a problem has become a habit, is significantly harder to fix. The treatment is going to use nearly identical methods, it’s just going to take much longer than prevention would have.

So, what are the problems? Mostly they are behaviors which are natural and necessary for these animals to do, and it’s up to us to teach them when, how and where we would like them to perform these behaviors.

Toilet training is the most common issue, especially litterbox training for cats. Destructive chewing and scratching is also common, as is issues of aggression, reactivity, or unwillingness to be handled or restrained.

Learn how to prevent all of these problems, and more, using easy and effective methods that are pleasant for you and your pet.

This seminar has been approved for 6 CEUs by the CCPDT, IAABC & NADOI. Contact us after you've completed the course to receive your CEUs. 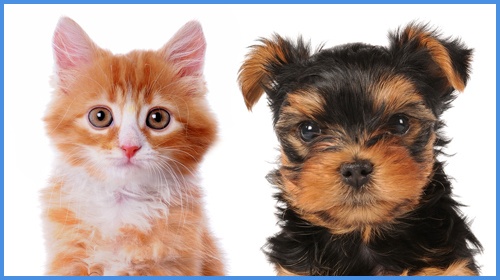