Most shelters struggle with limited facilities, funds, time and personnel. A Shelter Behavior Program with a massive volunteer base is an absolute gold mine in terms of: 1. Catalyzing fund-raising (especially for smaller shelters), 2. Freeing-up oodles of time for employees, 3. Training cats and dogs to be more adoptable and so, 4. Shortening their stay at the shelter, 5. Increasing the permanence of adoption and 6. Creating a calmer, happier and more soothing environment for animals and people.

In the early 80s, Dr. Dunbar designed what was probably the world’s first Shelter Behavior Program at the San Francisco SPCA. First, we analyzed reasons for shelter input and then, we established a free Nationwide Animal Behavior Hotline to get a feel for the problems that people were experiencing with their cats and dogs. There was absolutely no correlation between the two sets of data. People living with cats and dogs experience animal problems but when surrendering their pets, they cite people reasons. Consequently, we designed a Surrender Questionnaire to determine the real reasons why people surrender their pets and then staff and volunteers addressed the dog behavior and training problems in-house and after adoption, followed up with the new owners on a regular basis.

The SF SPCA program was quite impressive in its day but then, the SF SPCA was rich in funds, facilities and personnel. In the 90s, Kelly Dunbar designed Open Paw for rescues/shelters that had fewer funds, smaller facilities and less personnel. The Open Paw Shelter Behavior Program was developed hand in hand with the UC Davis Shelter Medicine program, so that we could constantly check that there were no physical health restrictions that would constrain the behavior program.

The Open Paw program was based on a set of Minimal Mental Health Requirements for kenneled animals that catered to the animals’ education, entertainment, comfort and companionship, specifically including, housetraining, chew toy-training, basic manners and ongoing socialization with people and other dogs.

Simply housing dogs in cages is not sufficient. For example, without regular toilet breaks, a previously housetrained dog will be forced to soil its living area. Without training, kenneled dogs will become less mannerly, inattentive, hyperactive, and noisier. Without a cage hobby (chew toys), they will become bored and develop doggy habits — bad habits. Without ongoing interaction, socialization, training and play with people and other dogs, they will be lonely and progressively de-socialize. Shelters are ideal places to make homeless dogs more adoptable.

The Open Paw Shelter Program was designed to work at a shelter with limited funds, facilities and staff. The secret for success is a massive volunteer base. On many days, there were far more volunteers than resident cats and dogs at the shelter. The program itself is a model of simplicity and effectiveness, quickly training the volunteers to train the shelter dogs (and cats). There is a Four Level Training program and the first level is diabolically simple, comprising just Classical Conditioning and All-or-None Reward Training and so, it is possible to train new volunteers within half an hour and get them working that day, safely, from outside of the cages. The effects though are immediate and magical. The frequency of barking and hyperactivity decrease precipitously within just a couple of days and the dogs become calmer and more engaging, plopping into sit-stays when anyone approaches their kennel.

Volunteers received additional training to implement Levels Two, Three and Four. Level Two comprises desensitizing the dog to the leash and people entering the kennel. The dog is taught to sit when people enter the kennel and put on the leash, to walk on a loose-leash and to sit before and after leaving the kennel. Level Three utilizes Lure/Reward Training for housetraining and teaching basic manners using play rewards, plus grooming and handling with lots of food rewards. Level Four introduces dogs to life outside of the kennel, including walks and training throughout the facility and in the real world.

My all-time favorite program was the Housetraining Crew. Volunteers were solicited to come to the shelter for just 15-20 minutes on their choice of day(s) on their way to work, during their lunch hour, on their way home from work, or later in the evening to give as many dogs as possible an opportunity for a potty break — to put elimination on cue and to handsomely reward the dogs for doing the right thing in the right place at the right time. The local Fire Department donated a beautiful red fire hydrant for our toilet area. Kelly and I would often volunteer for the late evening slot on Fridays and/or Saturdays and could de-pee and de-poop the entire shelter dog population in under half an hour. 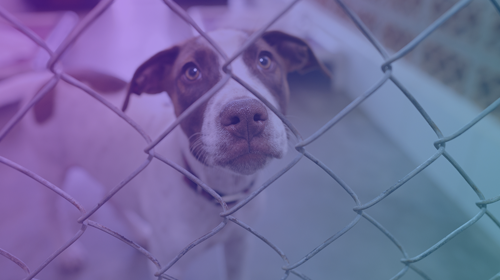